– Pedals & Pints group ride will follow the rail trail from Corinth City Hall to the Denton square for the hot-rod car show on September 10th, 9:30 AM.

– Fort Worth continues to roll out even more bike lanes and sharrows downtown.

– US Transportation Secretary Ray LaHood talked about bike and pedestrian projects creating twice as many jobs per dollar as typical road infrastructure. He discusses the inequity that 12% of trips are by bike or foot, despite 1% of infrastructure spending, and 14% of road fatalities are cyclists and pedestrians.

– Oregon House Rep Mitch Greenlick proposes HB 2228 to make it illegal to transport a child under six by bicycle. Critics respond en masse, Greenlick claims the idea is merely a discussion starter and not a debate.

– Austin Cycling Association launches a defensive biking class, so cyclists can take a course by League of American Bicyclists instead of paying a fine.

– Bike Friendly Oak Cliff and CarShareOC sponsor a challenge for families to go 52 weeks without driving. WFAA reports that 16 families have signed up.

– BFOC and Photopolus host a Jan 10 – Feb 11 contest to take photos that “capture our city’s growing bike culture and the people and bicycles in it.”

– Copenhagenize found a video of bicycle activists in Guadalajara painting their own bike lanes, bike boxes, and putting up signs.

– Texas Sunset Commission tries to slim down TXDOT, recommends to replace committee with appointee. Seek to move forward towards the “adult conversations” about how to fund Texas transportation projects. 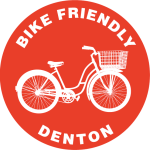