Ari Gold – Biking around the world 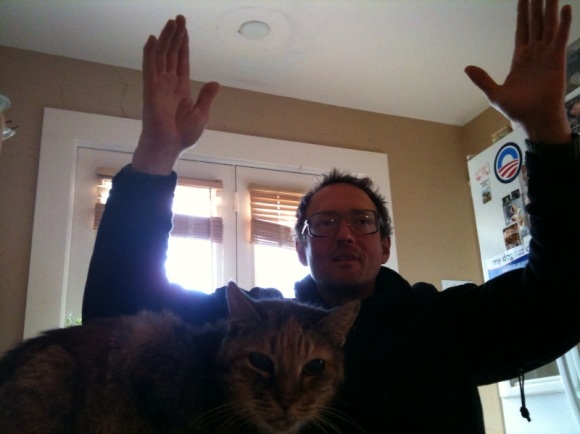 Three weeks ago, in Austin, I was volunteer working for the Yellow Bike Project community bike shop.  They have an amazing new facility, and I had a great time working hard with great folks.  One of the folks I met is Ari Gold, and when I asked him if he lived in Austin, he replied “No.  I’m riding my bike around the world.” 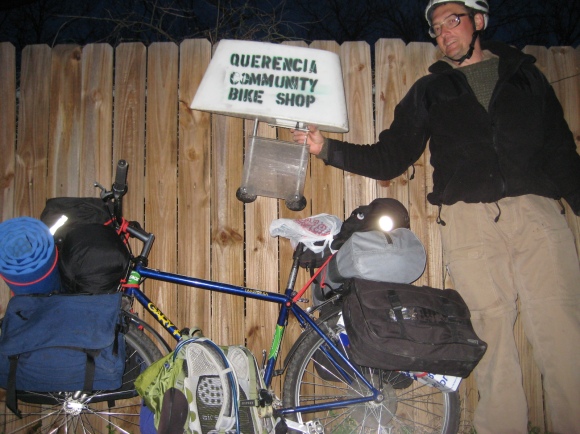 Ari has a blog called BikeToAustralia where you can follow his travels, and I’ve already gone back and read the whole thing, and it’s fascinating.  The following quote sums up the question most people ask him, why he’s riding around the world:

I want MEMORIES worth living for when all I have are memories. I want to experience other ways of life I greatly enjoy but barely know about. The museums, architecture, food, music, accents, clothing, belief systems, societies and interactions of people all fascinate me and excite my curiosity

I told Ari to look us up if he came through Denton, and he did exactly that.  After a perilous trip through Dallas’ sprawl, he made it here, safe and sound.  After staying at my house for the last couple nights, he’ll be moving on to work at the Ponder Acres organic farm just west of Denton.

If you’d like to get in touch with Ari to offer him work, hospitality, or conversation, you can reach him at bike2australia [at] yahoo [dot] co [dot] uk.  He takes Paypal through his blog to help fund his 5 year world tour, and frankly, he could use some nicer components on his ailing bicycle.  I’ll be giving him some parts that I have, and hopefully he’ll leave Denton on a better ride than he arrived on.

Ari is a gracious, hard working houseguest, and I wouldn’t hesitate to give him shelter again.

2 thoughts on “Ari Gold – Biking around the world”